"Clearly this is what the internet was invented for!" (The Inquirer) 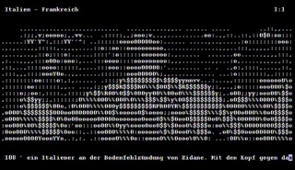 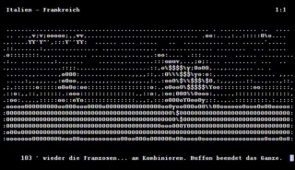 ASCII-WM - a media prank and (pirate) live broadcast of the FIFA Football World Cup 2006 from June 9th to July 9th in plain ASCII-text-characters served via Telnet. All 64 football matches was transmitted live as high-resolution stream of 80x24 characters ASCII-Art including machine-translated subtitles in a wonderful "denglisch" and the up-to-date score information.

In addition, the ASCIIfied live-remix and manipulation - of what once had been a normal Television broadcast - was finally fed back again to Television on OKTO (Vienna Community Television) for the four final matches in July 06 with a female text-to-speech voice reading the cross-translated subtitles

"The best, most ridiculous, most redundant graphical implementation of ASCII!" 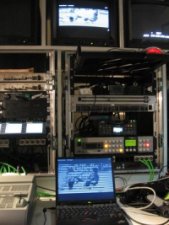 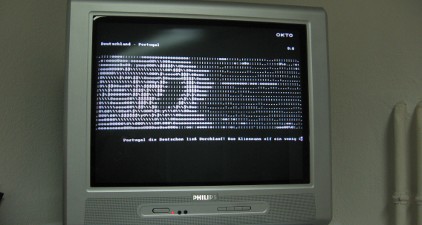 in cooperation with: Institute for Posttayloristic Studies and OKTO
supported by silverserver